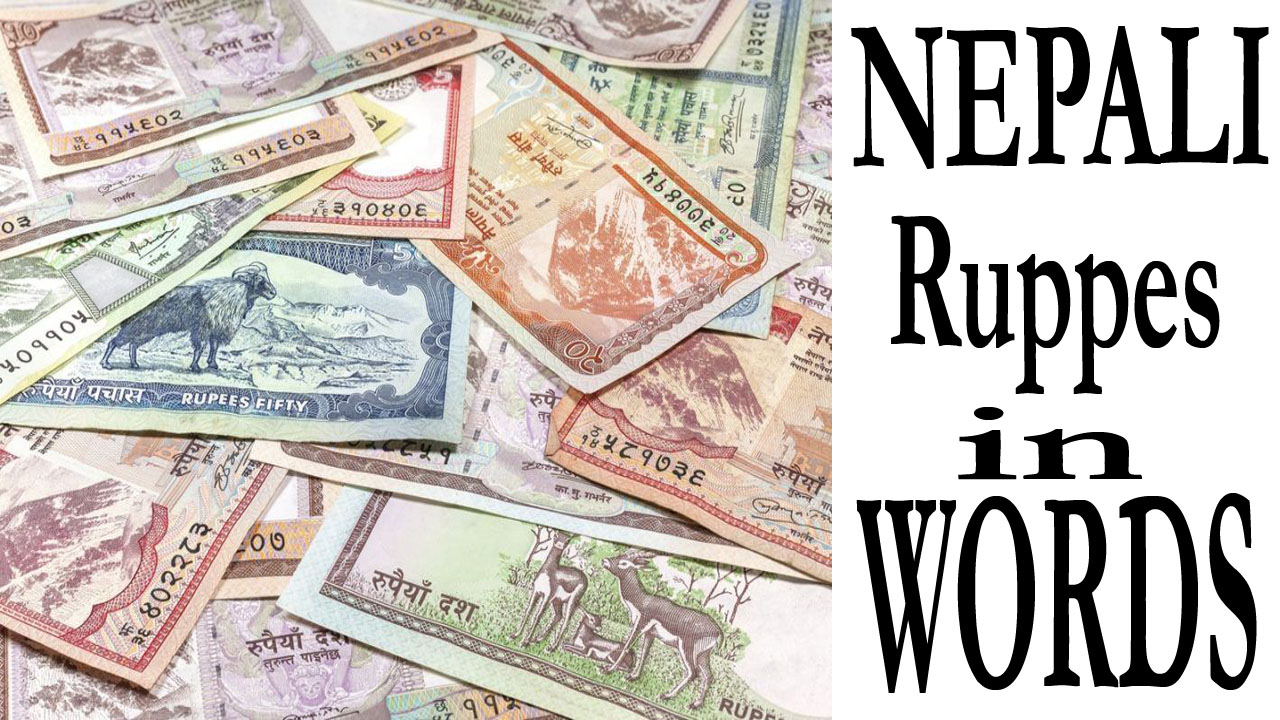 Nepali Ruppee in Word converts numbers to Nepali Rupee in both NEPALI and ENGLISH language. With single input you will have Nepali currency in number and word as well.

The Nepalese currency is "Rupee" .
It is the official currency of the Federal Democratic Republic of Nepal. The one Rupee is subdivided into 100 paisa.
The most common symbol used when referencing the Nepalese Currency is NPR . Nepalese Rupees is administered by the central bank of Nepal, the "Nepal Rastra Bank."
This converter will convert numbers to Nepali Rupee in both NEPALI and ENGLISH language. The conversion can be done for real numbers and Scientific E Notation. Limited to use of 13 characters and 1e12. In case of decimal it works two decimal only (XXX.XX).